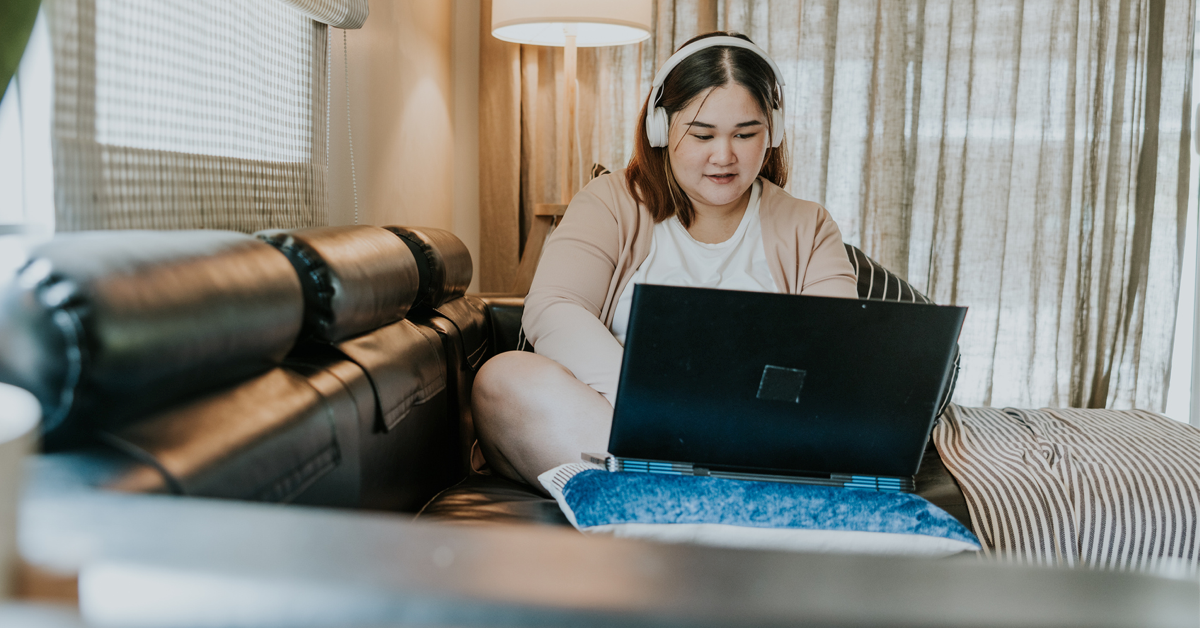 If you’re neurodivergent, your brain may work differently than others, which may come along with unique mental health challenges.

Neurodivergence in and of itself is not considered a medical or mental health diagnosis. Rather, simply put, it describes when someone’s brain works or develops in a different way than the brain of a neurotypical person–or “average”–person. Online, you might see people referring to neurodivergent people as “ND” and neurotypical people as “NT.”

Most commonly, people will talk about autism and attention-deficit hyperactivity disorder (ADHD) as associated with neurodivergence, but there’s a lot more to it.

A neurodivergent person may face great struggles in some areas of daily life and have pronounced strengths in other areas that help them be very successful. Ultimately, every neurodivergent individual is unique and will have their own set of struggles and strengths.

Here’s what you need to know about being neurodivergent, the conditions and disorders that are associated with neurodivergence, the neurodiversity movement, and more.

As previously mentioned, neurodivergence refers to differences in how some peoples’ brains work or develop. It is a broad umbrella term, not a mental illness or health problem. Many neurodivergent teens and young adults find the term “neurodivergence” to be validating to help them understand that there isn’t something inherently “wrong” with them–their brain just functions a little differently than neurotypical brains, and that’s okay.

The extent of the differences that a neurodivergent person experiences depends on the individual and what conditions or disorders they have. Two of the most common examples that fall under neurodivergence are autism spectrum disorder and attention-deficit hyperactivity disorder (ADHD). Although both of these disorders are related to being neurodivergent, the specific difficulties that an autistic person has as opposed to someone with ADHD will vary, but there may certainly be some overlap.

Discovering that you’re a neurodivergent person can help you make sense of the struggles you’ve faced in life and understand why you are the way you are, think the way you think, and act the way you act. Plus, you’ll know that you are far from the only one experiencing this, since there are plenty of other neurodivergent people out there. In fact, it’s estimated that 15-20% of people globally are neurodivergent.

Not to mention, understanding that you're neurodivergent can help you take steps to seek mental healthcare that is best suited for your personal needs. For example, you may want to find experts who specialize in working with neurodivergent teens and young adults, or a mental health professional who practices neurodivergence-informed therapy. Additionally, you may be able to seek accommodations at school or work that make life easier for you if you’re a neurodivergent student or employee.

What conditions are associated with neurodivergence?

Many disorders, conditions, and learning disabilities are associated with neurodivergence. There is no one blanket of symptoms or specific issues that affect every neurodivergent person.

The conditions most commonly associated with neurodivergence include neurodevelopmental disorders, neurological conditions, learning or intellectual disabilities, and mental health conditions.

‍
What is the neurodiversity movement, and how does it help neurodiverse individuals?

The neurodiversity movement began in the mid-1990s, and it was originally linked to autistic people. This was around the same time as when the term “neurodiversity” was created by Judy Singer, a sociologist from Australia who specializes in autism and neurodivergence. As a matter of fact, she’s an autistic person herself.

On Singer’s personal website, she says, “Neurodiversity is: a state of nature to be respected, an analytical tool for examining social issues, an argument for the conservation and facilitation of human diversity.” Additionally, she looks at neurodiversity as the “limitless variability of human cognition and the uniqueness of each human mind,” which is a beautiful way to look at it.

The neurodiversity movement isn’t just for autistic people, though–it’s inclusive for all neurodivergent people with any related condition or disorder.

Additionally, researchers in the field believe that there is no limit to the diversity of the brain, and perhaps there are types of neurodiversity that we aren’t even fully aware of yet. Authors of a 2021 paper said, “Rather than assume that neurodiversity exists according to the existing clinical categories of autism and related conditions (that are often centered around autism as the exemplary kind of neurodivergence), we leave the possibility open that there are other forms of difference that have yet to be defined.”

As research in the area of neurodiversity grows and people continue to raise awareness and open their minds, there are sure to be great strides within the neurodiversity movement and more understanding when it comes to neurodivergence in general.

So, if you’re a neurodiverse person, you can be sure that you’re in good company. There are so many people just like you who will help you to celebrate who you are, and vice versa! Remember that neurodivergence–including autism, attention-deficit hyperactivity disorder, and more–is more common than you might think. You are not alone.

What mental healthcare treatment options are available for neurodivergent teens?

It’s common (although not guaranteed) for neurodivergent individuals to experience difficulty with their mental health.

Here are some stats:

Ultimately, the mental health treatment you opt for will depend on your individual difficulties and diagnosed mental health conditions. For example, if you have severe anxiety, you may want to seek a therapist who specializes in anxiety disorders and treatment modalities that are proven to help treat them, such as cognitive behavioral therapy (CBT). Or, if you struggle with depression and self-harm or suicidal ideation, you may look for a therapist who specializes in mood disorders and uses treatments like dialectical behavior therapy (DBT) skills. If you have autism spectrum disorder, you may benefit from working with a therapist who has specialized training to help autistic people and the unique social challenges they face.

Regardless of what mental health conditions or symptoms you face, help is available. There are many types of therapy, including:

How can Charlie Health help neurodivergent teens and young adults?

We know that every neurodivergent teen and young adult has their own unique mental health journey depending on how they experience neurodivergence and any other conditions or disorders they have. That’s why we offer personalized intensive outpatient mental health treatment for teens, young adults, and families dealing with a variety of struggles.

Our mental health providers have extensive experience working with neurodivergent teens and young adults from all walks of life. Charlie Health’s therapists practice neurodivergence-informed therapy and celebrate the unique differences that make you, you. At Charlie Health, every client is matched with a therapist who fits their specific needs, and will also be matched with a group of peers who are from similar backgrounds with similar struggles. You are not alone with your mental health challenges. Remember: your neurodiversity is something to celebrate. Get help now.